As a business, you probably have quite a few rewards points stashed away – and all being well, you are continuing to add to that balance day-to-day. Prior to this pandemic, you may have redeemed those points on flights and upgrades. But now, with a second wave on the way – and a return to travel even further away than it was a month ago – you’re quite likely wondering what you should do with your points now.

When it comes to rewards, travel provides the most value when redeeming points. Not toasters, not tea towels. Travel. But with travel off the cards for the foreseeable future, many businesses are left wondering what they should do with their accumulating points balances. Should they redeem those hard-earned points and potentially see a lower return in terms of value? Or wait until the crisis is over and travel returns to normal, and then redeem their points?

If you’re in a similar quandary, there a few factors that will affect your decision, the most significant of which will likely be whether your points are due to expire in the near future. If they are, you will either need to offload them or lose them – unless your program generously decides to extend their expiry date. With that in mind then, let’s take a look at your options, and the value you can expect on your redemption when travel’s just not possible. 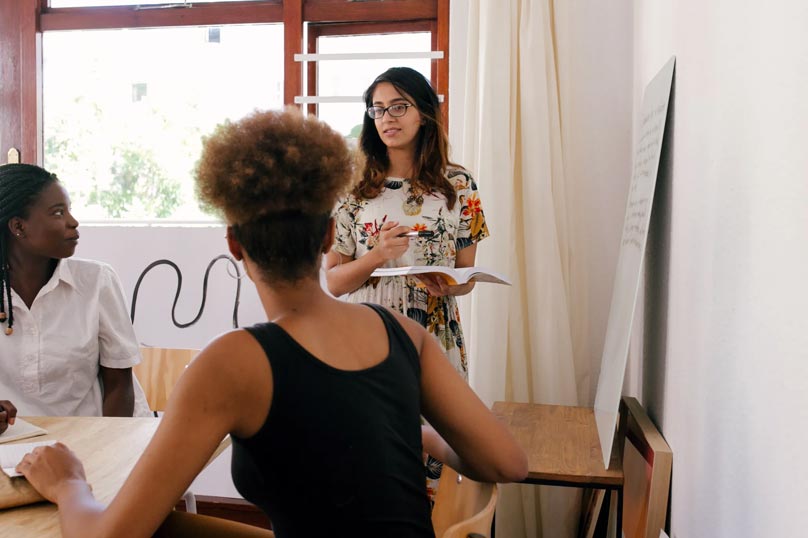 In the world of rewards, Qantas Frequent Flyer is about as big as it gets. For businesses, there are three ways to earn Qantas Points using a credit card.

How does it work exactly? Let’s say you were to book flights for you and an employee. By using your Qantas Business Rewards card, you could earn Qantas Points individually on each seat booked, plus you would earn an additional percentage of Qantas Points (based on your membership tier), which would go to your business’s central account.

So, you’ve got the points, what are you going to do with them? As you would expect from a rewards program affiliated with an airline, one of the biggest drawcards of earning Qantas Points is the fact that you can redeem them for flights, upgrades and other travel bookings with Qantas and its partners.

Except that now, that’s not really an option. While the airline says it’s increasing its domestic flights over the coming months, border restrictions could limit your options. And overseas travel? According to the Qantas Frequent Flyer website, “all Qantas scheduled international flights, including flights between Australia and New Zealand, are suspended until at least the end of October 2020, due to government restrictions”.

With flights and upgrades pretty much out for now, there is still the option of redeeming your points on car hire and hotels. Although, that may mean staying within your state or territory if your borders are closed. Looking beyond travel altogether, we get into gift cards and other items available within the Qantas Store. In terms of gift cards, these cover a wide range of categories. You could opt for a travel-related gift card, to be used when travel picks back up again.

When considering value, you can see you get more bang for your buck with Jetstar, but the value of that card to you will really depend on how you use it. It’s also wise to read the small print. The Qantas voucher, for example, is valid for one year, and is only redeemable for one-way or return Qantas domestic or international flights departing from Australia. And the Qantas Shopping Rewards Store? The Qantas Store has more than 8,000 items on offer, with everything from must-have electronics to unforgettable experiences. The key things to think about before redeeming any points however, is whether there is actually anything in the Store that your business needs – and how much value you would get from the points you redeem. Using electronics as an example, you could pick up a:

Fancy an after-work tipple? Socially distanced, of course. If so, Qantas Wine could provide a good way for you to redeem your points. Offering a range of more than 2,000 wines, beers and spirits, as well as gourmet food products, Qantas Wine lets you redeem Qantas Points for booze, with delivery to your door.

To give you an idea of value, let’s look at the cost of some of the wines on offer.

So, are there are any other options for Qantas Points redemption? In you’re looking for something specifically for the office, Kogan may be your best bet. At Kogan, you can earn and redeem Qantas Points, giving you access to everything from office chairs to ink for your printers. How does it work then?

It’s pretty simple. For every $20 you would spend at Kogan, you can put down 4,000 Qantas Points instead. You can only spend in 4,000-point increments, but as a nice touch, even when you pay with points, you earn points on your transaction at a rate of 1 Qantas Point per $2 spent. Now we’ve covered points redemption, it’s worth touching on how easy it is to earn Qantas Points now that points earned through flight bookings are almost non-existent. Why does it matter? When it comes to rewards, value is a key concept. We’ve already talked about getting value from your points as you redeem them, but now it’s time to think about value in terms of how you earn them – which is where your card’s annual fee comes into play.

Regardless of how many points you earn, your annual fee needs to be paid, year in, year out. In order to make your card worth keeping, you need to earn sufficient points throughout the year that when redeemed, will be worth significantly more than your card’s annual fee. So, is it still possible to earn enough points to balance out your annual fee? That will depend on how you use your card.

Coming back to Qantas Business Rewards, this type of card could help boost your Qantas Points balance, by providing additional points per dollar spent at Qantas partners, and in some cases, bonus points as well.

Meanwhile, hiring a car from Avis or Budget would offer 4 Qantas Business Rewards points per $1 spent, on top of the usual 4 Qantas Points earned per $1 as a Qantas Frequent Flyer member. This idea of ‘points stacking’ can also be utilised when spending with certain other Qantas Business Rewards partners, so be sure to check out the site for details if you’re thinking of signing up. Moving on from Qantas, let’s look at what you can expect from the various rewards programs provided by the other big players, starting with CommBank. As the largest credit card rewards program of any bank in Australia, CommBank Awards has a pretty extensive offering. In terms of points redemption, there are travel and non-travel options.

Meanwhile, non-travel options include shopping the Awards Store, which provides a similar range to the Qantas Store, with both gift cards and physical goods available. We’re not able to provide you with an example of value on goods offered in the Awards Store without an Awards log-in, but gift cards of $100 and more are offered at the same rate as direct-pay at Flight Centre.

Another option, should you want to shop at Myer for any business-related purchases, allows you to shop the department store and pay direct with your points, with the same rate of 200 CommBank Awards points per $1. Over at ANZ Rewards, it seems members can now book travel again via the ANZ Rewards Centre, within Australia at least. International travel bookings remain off the table for the time being.

Outside of travel, members have access to the ANZ Rewards Store. While there is not much in the way of goods you would typically need for an office (similar to the various other rewards program stores mentioned here), ANZ’s store may indeed offer something your business would value. The Altitude Rewards program also offers members the opportunity to top up their super by converting their Altitude Points into dollars, which are then added to their BT Super for Life account. Conditions apply.

Or, if you want cold, hard cash, you could choose to redeem your Altitude Points for cashback on your card. With this option, you would redeem: As you might expect from American Express Rewards, there is a strong focus on travel in points redemption options. As a member, you could convert your Rewards Points to up to ten frequent flyer programs, redeem points directly through American Express Travel Online, or pay with points at Webjet or Helloworld Travel.

And when travel’s not an option? You could redeem your points for gift cards to give to employees who deserve a boost, you could shop with points at David Jones Online, or you could pay with points when you book tickets through Ticketmaster (although this may not be the best choice while there are still restrictions on events). There is also the option to use points to pay off eligible purchases, or cover the card’s annual fee. Weighing Up Your Options

Running through the various rewards programs, you can see it’s a similar story with each of the big players. While the details may change, there is typically a ‘store’ for physical goods and gift cards, and a system for booking travel or converting points to other frequent flyer programs. So, what should you do? Redeem now, or wait until travel is in play again?

Without question, travel redemptions offer the highest return in terms of value. If you can wait, it would be wise to do so. But, if you really feel the need to redeem your points now – or your points are about to expire and you need to offload them – you could pick up something ‘instore’ that would be beneficial to your business, your employees, or even just you, the long-suffering boss.

Before you hit redeem however, be sure to do your research – and then do the maths. Take time to find a few things your business really needs, then divide each item’s retail value by the number of points you would need to redeem. Take into account hotel stays and car hire if that’s an option in your state or territory, to work out how to get the most back from your points. You earned them, so make sure to use them wisely.

When you spend $3,000 on eligible purchases in the first 3 months. Plus get 75 bonus Status Credits and an additional 30,000 bonus Qantas Points when you keep your card for over 12 months. Two Qantas Lounge invites per year. International Travel Insurance.

When you spend $4,000 on eligible purchases within 90 days. Complimentary overseas travel insurance. Earn 1.25 Altitude points per $1 spent. 2x lounge passes per year. 150k bonus points currently gets you $500 in cashback or up to $700 in e-Gift cards with Altitude Rewards. T&Cs apply.

150,000 bonus Altitude points when you spend $4,000 on eligible purchases within 90 days. Complimentary overseas travel insurance. Two lounge passes per year. 150k bonus points currently gets you $500 in cashback or up to $700 in e-Gift cards with Altitude Rewards. T&Cs apply.